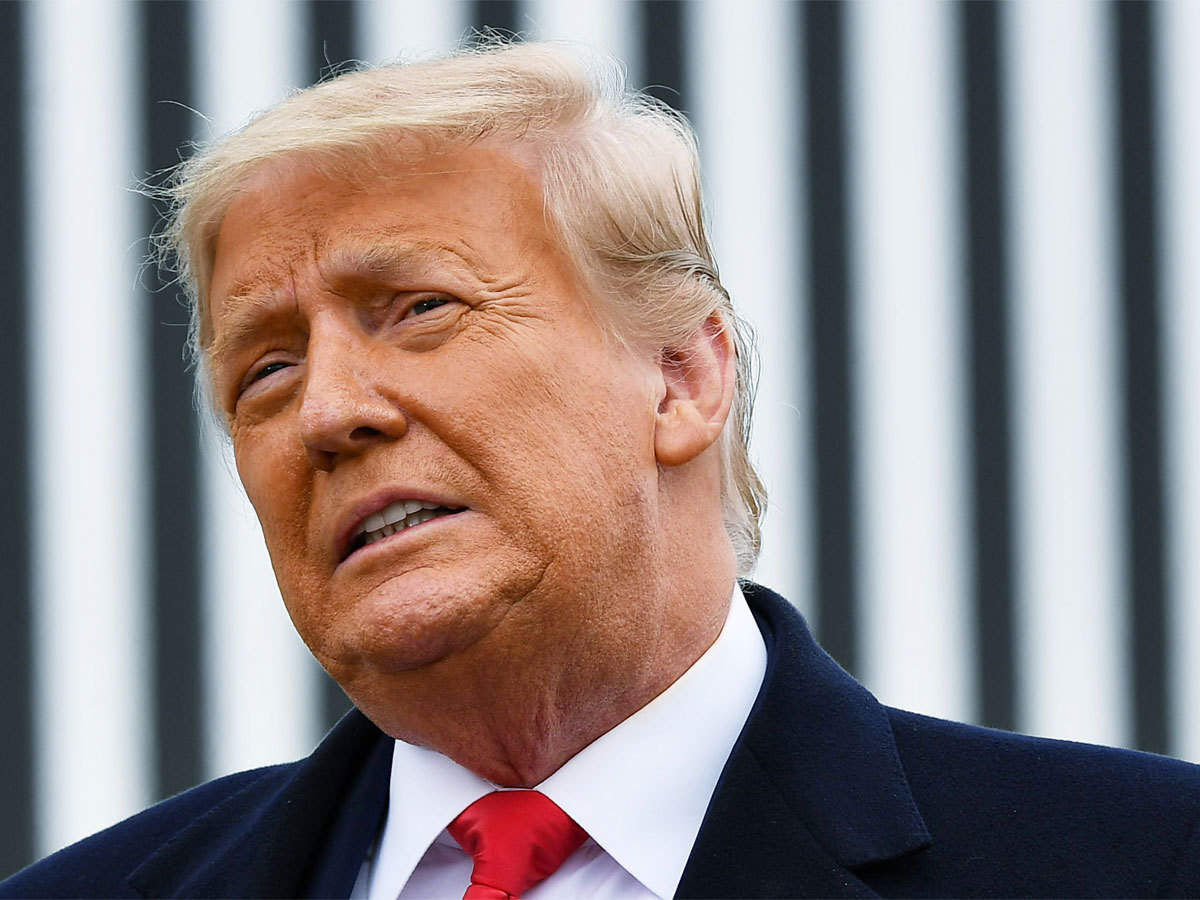 WASHINGTON (AP) – The federal budget deficit is ballooning on President Donald Trump’s watch, and few in Washington seem to care. And even if they did, the political dynamics that enabled bipartisan deficit-cutting deals decades ago has disappeared, replaced by bitter partisanship and chronic dysfunction. That’s the reality that will greet Trump’s latest budget, which will promptly be shelved after landing with a thud on Monday. Like previous spending blueprints, Trump’s plan for the 2020 budget year will propose cuts to many domestic programs favored by lawmakers in both parties but leave alone politically popular retirement programs such as Medicare and Social Security.

Washington probably will devote months to wrestling over erasing the last remnants of a failed 2011 budget deal that would otherwise cut core Pentagon operations by $71 billion and domestic agencies and foreign aid by $55 billion. Top lawmakers are pushing for a reprise of three prior deals to use spending cuts or new revenues and prop up additional spending rather than defray deficits again approaching $1 trillion. It’s put deficit hawks in a gloomy mood. “The president doesn’t care. The leadership of the Democratic Party doesn’t care,” said former Sen. Judd Gregg, R-N.H. “And social media is in stampede mode.”

Trump’s budget arrives as the latest Treasury Department figures show a 77 percent spike in the deficit over the first four months of the budget year, driven by falling revenues and steady growth in spending. Trump’s 2017 tax cut bears much of the blame, along with sharp increases in spending for both the Pentagon and domestic agencies and the growing federal retirement costs of the baby boom generation. Promises that the tax cut would stir so much economic growth that it would mostly pay for itself have been proved woefully wrong.

Trump’s upcoming budget, however, won’t address any of the main factors behind the growing, intractable deficits that have driven the U.S. debt above $22 trillion. Its most striking proposed cuts — to domestic agency operations — were rejected when tea party Republicans controlled the House. They face equally grim prospects now that Democrats are in the majority. Trump has given no indication he’s much interested in the deficit, and he’s rejected any idea of curbing Medicare or Social Security, the massive federal retirement programs whose imbalances are the chief deficit drivers.

An administration official said Friday that the president’s plan promises to balance the budget in 15 years. The official was not authorized to publicly discuss specifics about the budget before the document’s official release and spoke on condition of anonymity. Democrats have witnessed the retirement of a generation of lawmakers who came up in the 1980s and 1990s and negotiated deficit-cutting deals in 1990 and 1993. But those agreements came at a high political cost to President George H.W. Bush, who lost re-election, and President Bill Clinton, whose party lost control of Congress in 1995.

But the moderate wing of the Democratic Party has withered with the electoral wipeout of “Blue Dog” Democrats at the hands of tea party forces over recent election cycles. “Concern about the deficit is so woefully out of fashion that it’s hard even to imagine it coming back into fashion,” said Rep. Jim Cooper, D-Tenn., one of his party’s few remaining deficit hawks. “This is as out of fashion as bell bottoms.” While in control of the House, Republicans generated nonbinding budget blueprints that promised to balance the federal ledger by relying on a controversial plan to transform Medicare into a voucher-like program eventually. But they never pursued follow-up legislation that would actually do it.

Republicans, who seized Congress more than two decades ago promising and ultimately achieving balanced budgets during the Clinton administration, have instead focused on two major rounds of tax cuts during the Trump era and the administration of President George W. Bush in 2001. Nor are Republicans willing to consider tough deficit-cutting steps such as higher taxes or Pentagon budget cuts. Leading Democratic presidential contenders talk of “Medicare for All” and increasing Social Security benefits instead of curbing them.

“You have to get pretty damn serious about revenue as well as defense spending, and those are two things the Republicans don’t want to bring into the conversation,” said Sen. Dick Durbin, D-Ill. “My Democratic friends who talk about the expansion of benefits. I’ve told them to ‘get real.'” Trump has never gone to the mat for his plan to slash domestic spending such as renewable energy programs. “If Trump can be criticized, I think the perception has been that he has not fought for the spending cuts that he’s proposed,” said former Sen. Jim DeMint, R-S.C. “There’s no upside to trying to cut anything. There’s no political reward. But if you cut something, there’s a lot of political downsides.”

Neither is there any reservoir of the political will and bipartisan trust required to take the political heat for the tough steps it would take to rein in deficits. And it’s not like voters are clamoring for action. “There’s been very little dialogue in the last several years about debt and deficit and how to really be able to address it,” said Sen. James Lankford, R-Okla. “It just never came up” in the 2016 election. “It still doesn’t come up.” The deficit registered $714 billion during Trump’s first year in office but is projected to hit about $900 billion this year, according to the Congressional Budget Office, which says Trump’s tax cut will add $1.5 trillion to the deficit over 10 years. “One of the short-term goals should be — I know it’s not a lofty goal — stopping things from getting a lot worse. It’s something the Republicans obviously were unable to do. That’s a low bar, but they couldn’t meet a low bar,” said Sen. Chris Van Hollen, D-Md.